“As a student at Lower Canada College in Montreal, we were required to participate in both cross country and downhill if we wanted to be on the ski team. I was defintely a downhill keener and cross country was the cost to be on the team. When the coach talked about doing a ski ‘marathon’ over a weekend, my 12 year old brain somehow missed the fact that this marathon would be cross country. I had visions of doing non-stop downhill runs at Mt. St. Sauver. 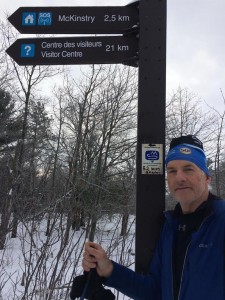 So it was with horror that I later discovered that I was signed up for something that I had no interest in participating. I have an indelible memory of agony that first CSM in 1967, dominated by an interminably long uphill that seemed to go on forever all the way to the horizon. I remember thinking that a) maybe I should pay more attention to instructions, and b) and I would never do the CSM again.”

Peter did come back however… “It was about 10 years later that my brother Tony, a madly enthusiatic cross country skier, convinced me to do it again. Completing 6 sections was the hardest thing I had ever done. But I was hooked. Eight years later I had my permanent bib (#14), driven in part by the memory of Tony, who died suddenly and tragically after the CSM we did together.

Signing up for the CSM sets into motion a varitey of training and lifestyle changes, that culminates in the February weekend. I have enjoyed the ensuing goal setting, training commitments with friends and the comaderie. I look forward to the CSM and greeting old pals at the gold camp. I love the stories told around the campfire, most which I believe to be true.

The CSM is a truly remarkable event and I would like to express my appreciation for all the volunteers who make it happen.”

Christoph and Richard Webber, who have gone on to become ski legends in their own right, participated in the first CSM with their late parents (mother Meg and father Hans).

As Christoph notes: “I was 11 years old when I skied the first CSM, and remember it vividly, because it was such an exciting adventure for a young lad. We skied a few sections each day, with our parents shuttling us between sections. I remember starting out from the Point Clair Shopping Center and heading off through a maple and beech forest, and then through fields with blowing snow obscuring the tracks (in those days, the only track setters were the skiers in front of you). 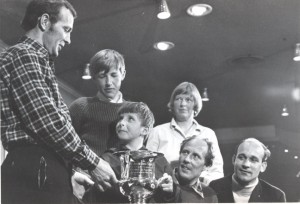 “The first night we stayed in an old hotel overlooking the train tracks in Lachute. That night it dropped to -40 (people didn’t talk about wind chill in those days). The next day we skied to Plantagenet. I remember walking across the Hawkesbury Bridge with Adami Kalingo, an Inuk boy who was boarding 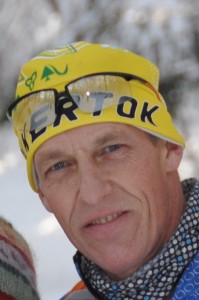 with our family at the time. The sky was bright blue, there was blowing snow, and I felt like I was on top of the world. That night in Plantagenet, we were billeted in a farmhouse. We went to the local town hall for a community dance in our honor, where the dance hit of the night was “Winchester Cathedral”. The next morning we awoke to a crisp clear morning and farm fresh eggs and bacon for breakfast. The third day we skied into Ottawa, with the final section taking us across Hogs Back Falls and down the canal. I skied with Henry and Helen Sander, and darkness fell as we skied into the Central Station, where the banquet was held.

Although that first CSM in 1967 is firmly etched in my mind, this event has continued to provide wonderful adventures over the next 50 years. I got hooked as a 11-year-old in 1967, hammered it as a racer in my teens and 20s, pulled my children by baby glider in my 30’s, skied as a family in my 40’s, accompanied my 82-year-old mother, Meg Weber, on her final CSM in my 50’s, and then discovered the pleasures of Gold Camp. The camaraderie and social side of the CSM is the underlying magic. Whether reconnecting with familiar faces from previous years, or meeting new people, the ski trails, rest stops and bumpy bus rides provide opportunity for connection.

The CSM is a singularly Canadian event, and has helped to popularize cross-country skiing. The focus on families and children has been paramount in inspiring generations to take up skiing. Over the years, there was has been an amazing group of dedicated volunteers who have kept the CSM going, through good times and bad. At 50 years old, I hope this institution that will go on as 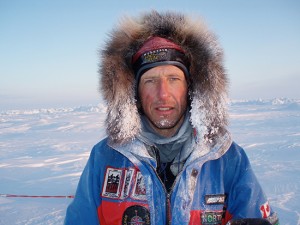 long as we have snow and that it will continue to inspire youngsters, just as it did me, to strap on their skis and head off down the trail.

I find it hard to believe that 50 years is gone by and I’m still doing the event. WOW. How is this possible? I’m starting to think … it may be just possible that I can do the 100th.”

Richard, who was recently inducted into the Order of Canada for his skiing exploits remembers “The marathon was a great part of my childhood. The big event of the winter for many years. The first one, I was not yet 8, so I don’t remember much.  Lots of railway tracks, I managed one section each day. Remember no track setting in those days!  I also met Christopher Holloway who is still my good friend today!” 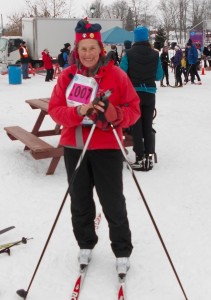 Gwyn, from the Eastern Townships, has told us that: “…my parents, Norman and Barbara Mactaggart were among the organisers of the first Marathon and my father was the second president.  They skied in every Marathon until their deaths in 1985 and 1995.  I was not interested in coming to the Marathon at first, but skied the first time in 1980 and got hooked.  I’ve skied in every one except three since then, and in every one since my mother died.”

Like other CSM Legends, Susan has gone on to win a permanent number—as a tourer. She is number 2007! In the photo she is at the finish in 2014.  As Susan says, “I had just completed my third Johannsen gold and was very happy.  It was something I had never thought I could do, and here I was, about to turn 70.”

As Stephan Sander explains: “The first CSM started in the parking lot of the then new Fairview Pointe-Claire shopping mall in Montreal. I remember a speech or two, and then I boarded a bus to one of the more rural check points. The marathon was a three day event, going from Montreal to Ottawa on the west side of the Ottawa River. The first section started right at the shopping mall parking lot.”

The trail was a lot different in those days, “The quality of the trails I skied was mixed. Some parts were nice through woods and fields, some really long stretches along rail-road tracks, and some along the side of country roads with no good place to ski. Mechanical track setters were not in common usage at that time. Tracks were set by one or two people skiing the trails.” 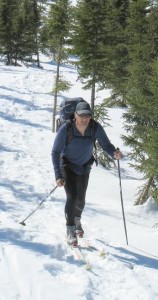 Stephan didn’t give up however “I skied two sections on Saturday, and three on Sunday and Monday, mostly on my own. I broke my ski on the third section on Sunday and ended up walking for several hours along the trail, by myself and with another ten year old boy. “

“The last section led into Ottawa along the Rideau Canal. I remember seeing people skiing down the Canal as I was driven along Colonel By Drive. The last section ended at the recently closed train station (now the Government Conference Centre) where the banquet was held. Jackrabbit Johannsen gave a speech at the banquet where he congratulated everyone for participating in the event, and then went on to say that we should all head off the marked trails, into the bush, with a pack on our backs for a few weeks.

There were several different touring awards, including an award which my family won by skiing more sections than any other participating family. The marathon was partially sponsored by Labatt, so the family award prizes were big decorative beer mugs for my sisters, aged eight and twelve, and lovely desk top cigarette lighters on marble bases for me and my brother, all with big Labatt logos. I was delighted with my lighter, and kept it for years, but somehow my mother never provided me with lighter fluid to make it work.

The first marathon was a formative event for me, leading to years of ski racing, and many more ski marathons.

The 2021 edition of the CSM will be a virtual edition from Saturday February 6 to Sunday March 7, 2021, it will be a challenge to do in your own region..

Due to the COVID-19 pandemic, the Marathon must temporarily transform itself and adapt to the situation. More details will come about our 2021 edition in the coming weeks.